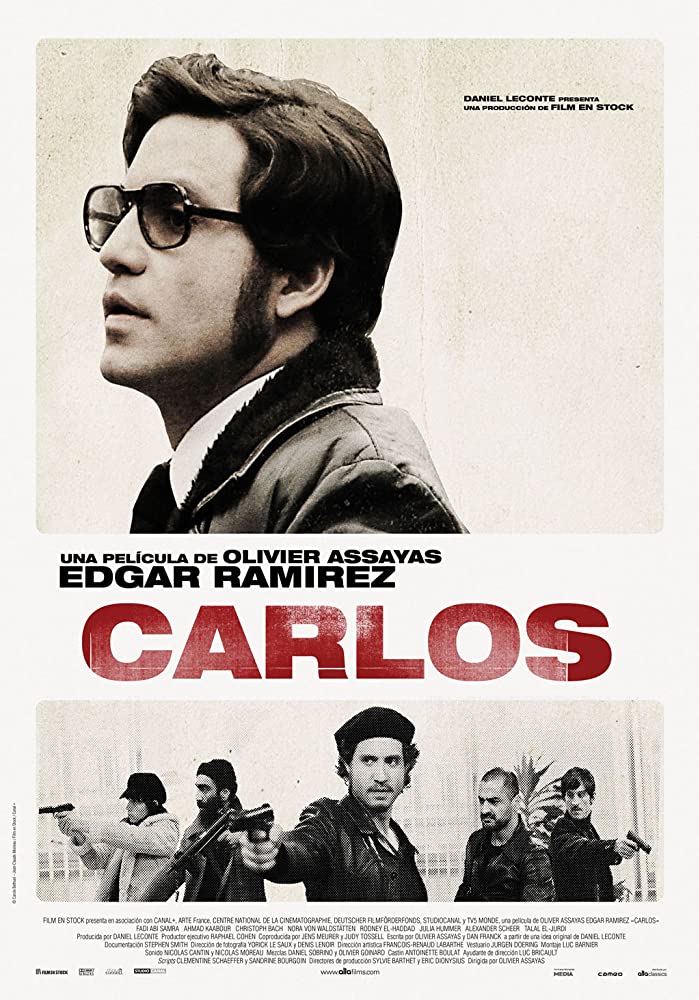 Storyline:
Ilich Ramirez Sanchez, aka ‘Carlos,’ is a Venezuelan-born Marxist revolutionary who aligns himself with the Palestinian cause and becomes the world’s most notorious terrorist. He leads assaults on the meeting of OPEC ministers, taking them hostage and flying them from country to country seeking asylum, one of the most daring acts of terrorism in history. From his earliest days as an apprentice in the revolutionary movement to his subsequent downfall, Carlos becomes a figure of legend.