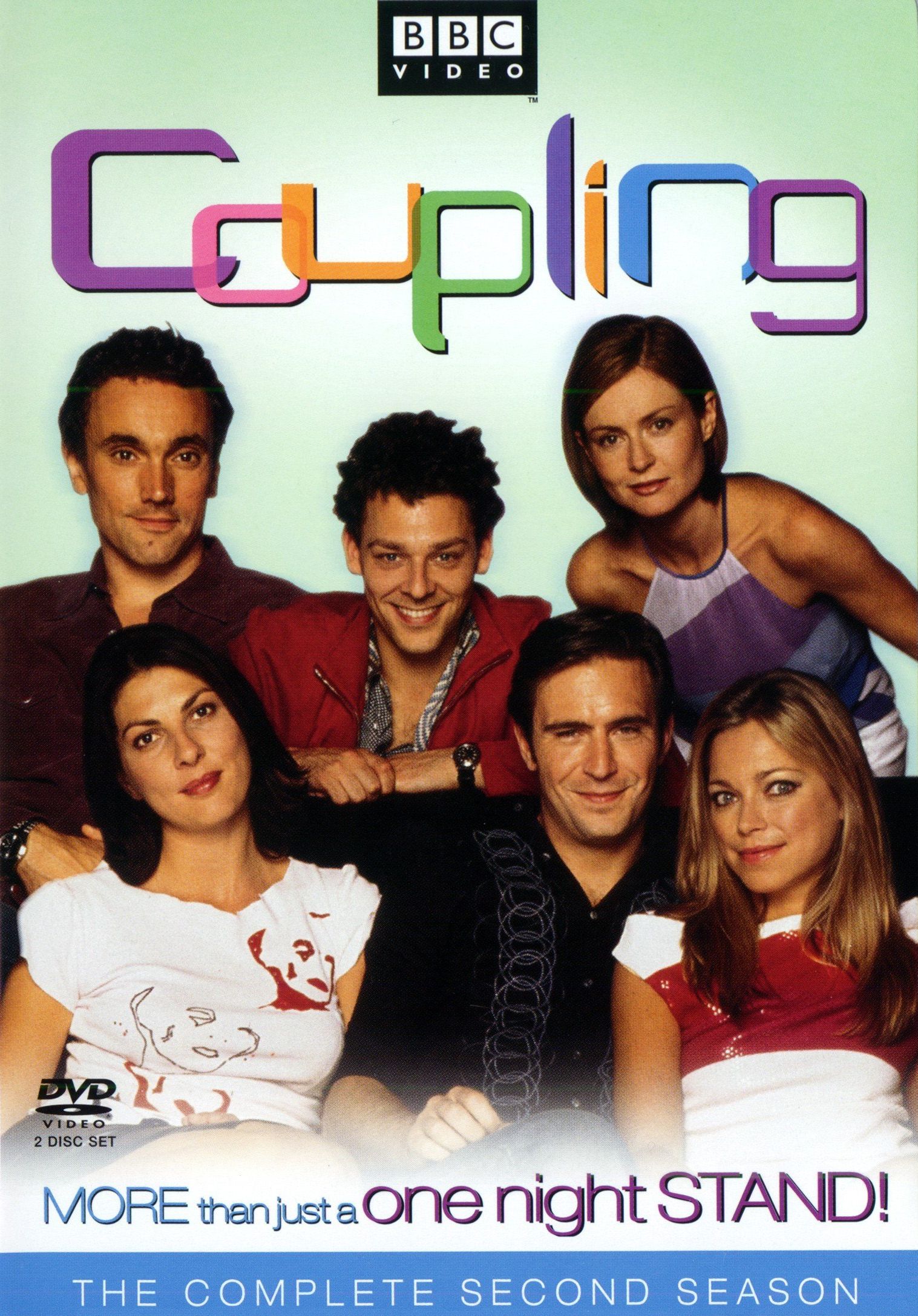 Storyline:
On average, men and women think about sex every six seconds. Shorten that to every second, and you’ve got Coupling. It’s more than just a one night stand! When a couple gets together, it’s never just the two of them – they also bring baggage – and Susan and Steve are no exception. Their baggage is a crowd of best friends and exes who talk about all aspects of sex and relationships on their never-ending quest to find true love. Perhaps, perhaps, perhaps… Susan Walker is a beautiful go-getter with an uninhibited attitude who used to date Patrick Maitland, the sextet’s charismatic, cocky player, London’s king of conquests – a guy who’s just too cool to worry about being smart. Attractive Sally Harper is a beauty therapist who is Susan’s unashamedly vain best friend, who aggressively battles aging with heavy doses of moisturizer and men – including Patrick. Meanwhile, Steve Taylor, while getting together with Susan, can’t seem to shake loose from his vivacious and slightly vacuous ex-girlfriend Jane Christie, a woman supremely confident in her ability to seduce anyone of either sex, and who refuses to be dumped unless she’s the one doing the dumping. Jeff Murdoch is Steve’s “porn buddy” who is, in equal parts, obsessed and bewildered by actual sex; charming in his way, but with an uncanny ability to say the wrong thing at the worst possible time. He works in the same office as Susan, with whom he had a disastrous and unsuccessful one-night fling. Coupling has been honoured with the prestigious Silver Rose of Montreux, Best TV Comedy Award, and is recent winner at the 2003 British Comedy Awards. With a new guy on the scene, a baby on the way, commitment in the air, and love on the horizon, the dynamics of the six friends are definitely changing. At the end of last season Susan and Steve discovered they were pregnant (well, mostly Susan), confirmed bachelor Patrick and Sally finally admitted their true feelings for each other, and poor Jane was left on her own, once again. But it’s not all doom and gloom for Jane. As the new season opens, things are looking up. There’s this guy called Oliver, who has his eye on her. Is it possible that lifetime loser in love Oliver might just get somewhere with lifetime loser in love Jane? Trouble is, his apartment is a little “un-edited” and his living room has lost the battle with magazine nudity… Susan and Steve are now well and truly an item. So why is he dreaming about being executed by a fetus with an axe? Meanwhile Sally and Patrick are settling into their new relationship. But since the dawn of time, men and women have been falling in love – and men have been trying to get home straight afterwards. Can fallen playboy Patrick ever find his way back from the enchanted glade of his one true love and get a decent night’s sleep?