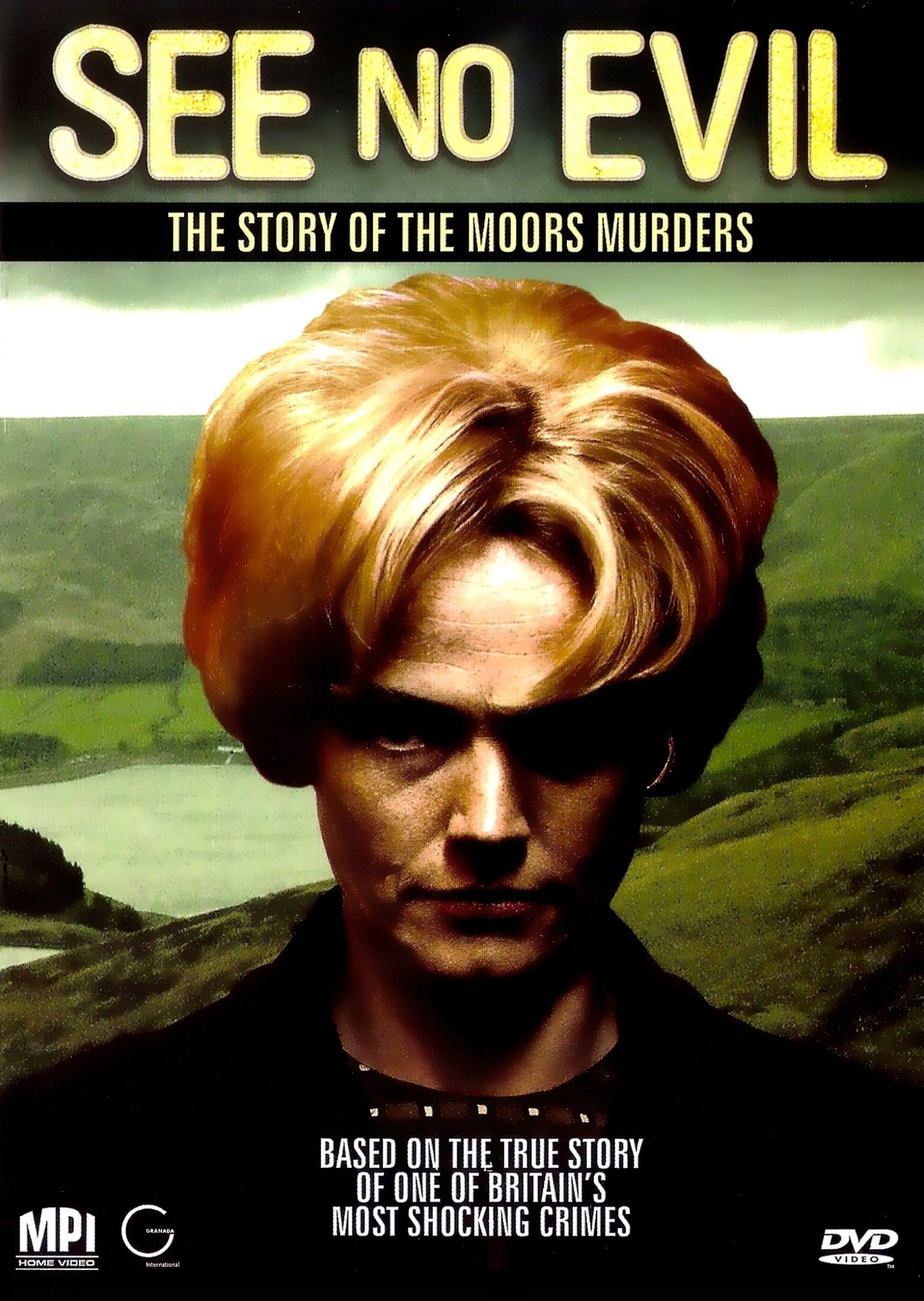 Storyline:
1965:- Following the cot death of their baby daughter young marrieds Maureen and David Smith are comforted and ultimately influenced by Maureen’s older sister Myra Hindley and her boyfriend Ian Brady but David is horrified to witness Brady murder teen-ager Edward Evans and goes to the police, as a result of which Brady is arrested. The police investigation links Brady and Hindley to the disappearance of several local children, especially when a pornographic photo of 10-year old Lesley Ann Downey is found, along with a tape of her pleading for her life. The bodies of Lesley and John Kilbride are discovered in shallow graves on Saddleworth moor and Brady and Hindley are tried for murder, receiving multiple life sentences, though David is exonerated despite the pair trying to implicate him and it will be some years before the murderers confess to the whereabouts of other victims. Five years later the Smiths have separated and Maureen is persuaded by her grandma to visit Myra, who has now…