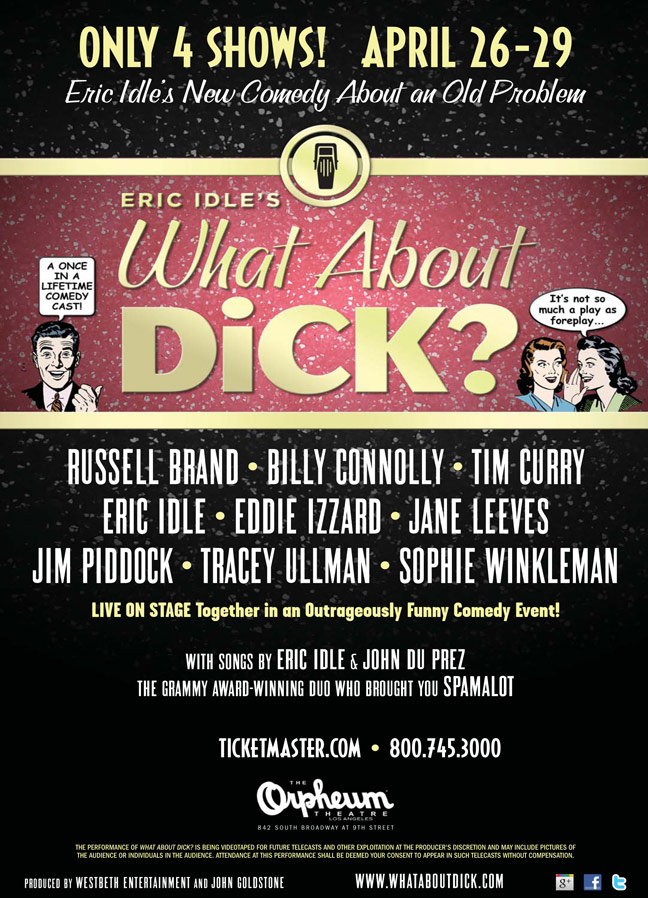 Storyline:
This movie begins with the birth of a sex toy invented in Shagistan in 1898 by Deepak Obi Ben Kingsley (Eddie Izzard), and tells the story of the subsequent decline of the British Empire as seen through the eyes of a Piano (Eric Idle). The Piano narrates the tale of Dick (Russell Brand); his two cousins: Emma Schlegel (Jane Leeves), an emotionally retarded English girl; her kleptomaniac sister Helena (Sophie Winkleman) and their dipsomaniac Aunt Maggie (Tracey Ullman) who all live together in a large, rambling, Edwardian novel. When the Reverend Whoopsie (Tim Curry) discovers a piano on a beach, a plot is set afoot that can be solved only by a private Dick, the incomprehensible Scottish sleuth Inspector McGuffin (Sir Billy Connolly), who, with the aid of Sergeant Ken Russell (Jim Piddock) finally reveals the identity of the Houndsditch Mutilator.